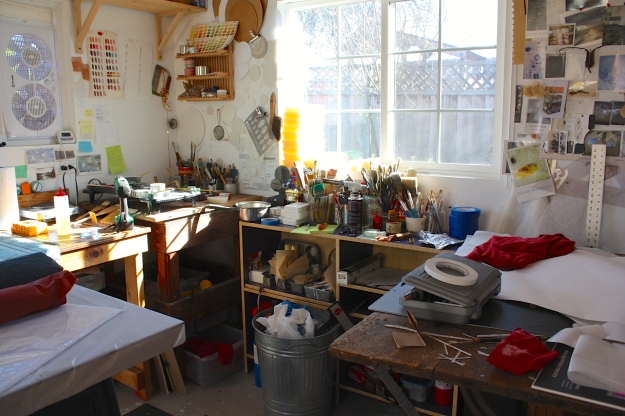 There is, I think, loads of potential in being up to one’s elbows in a good mess. I’m not talking about the kind of mess visited upon you on a late Sunday afternoon when the last thing you want to do is clean up, but a weekend of neglect and fun and living has resulted in sticky mugs adhered to the coffee table and muddy shoes piled by the front door, dirty dishes in the sink, and wild tumbleweeds of dog hair blowing gently along the floor (ahem)…let’s call that a lazy mess.

No, I’m talking about creative mess, which is another thing altogether.  Well, it still might result in a pile of dirty sticky coffee cups, yes, but it’s also evidence of being busy and productive, of being in the moment, caught up, and just going with it, not stopping to worry about it. There is a kind of bravado to it. 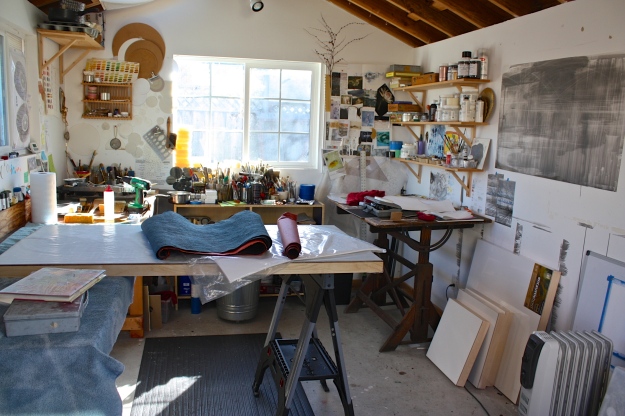 My studio cycles through this state several times a year, the sedimentary clutter building up until I don’t even remember what’s at the bottom, everything covered in a fine coat of graphite and glitter and paint. And where did I put that scraper?! 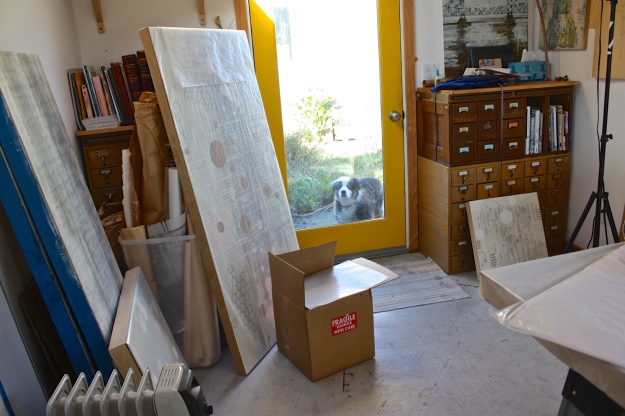 Things, I admit, can get a little dysfunctional at the tail end of it. Then I’m ready to take a few hours and sift through, wiping things down, putting things away, rediscovering things, rearranging, scraping wax off most surfaces, shepherding spiders out the door. 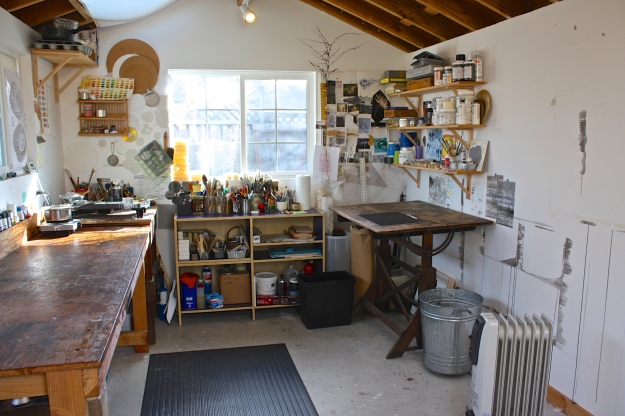 So, this is a different kind of potential, isn’t it?  Like a deep calming breath, a pause. The potential of a clear workbench, organized paints, the windows washed, and the graphite found. (Still need to whitewash that wall, though!)

Ready for the next mess. 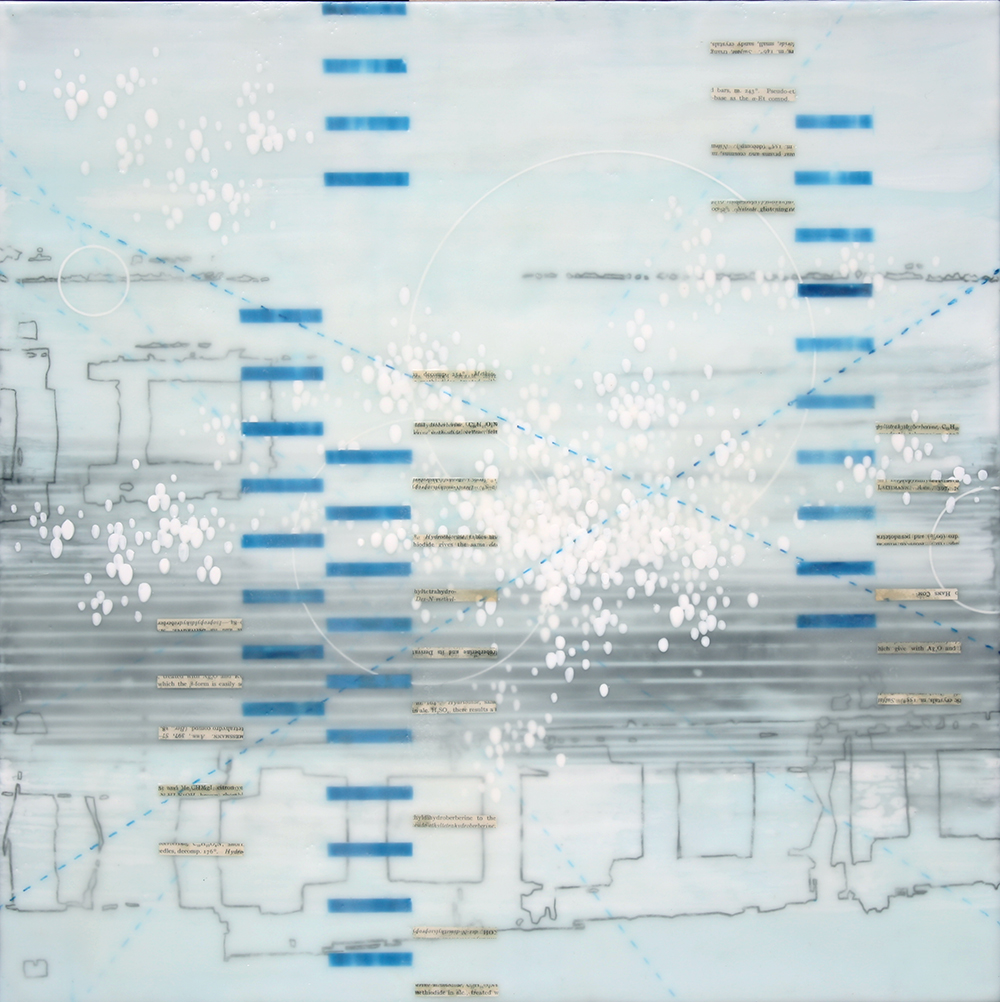 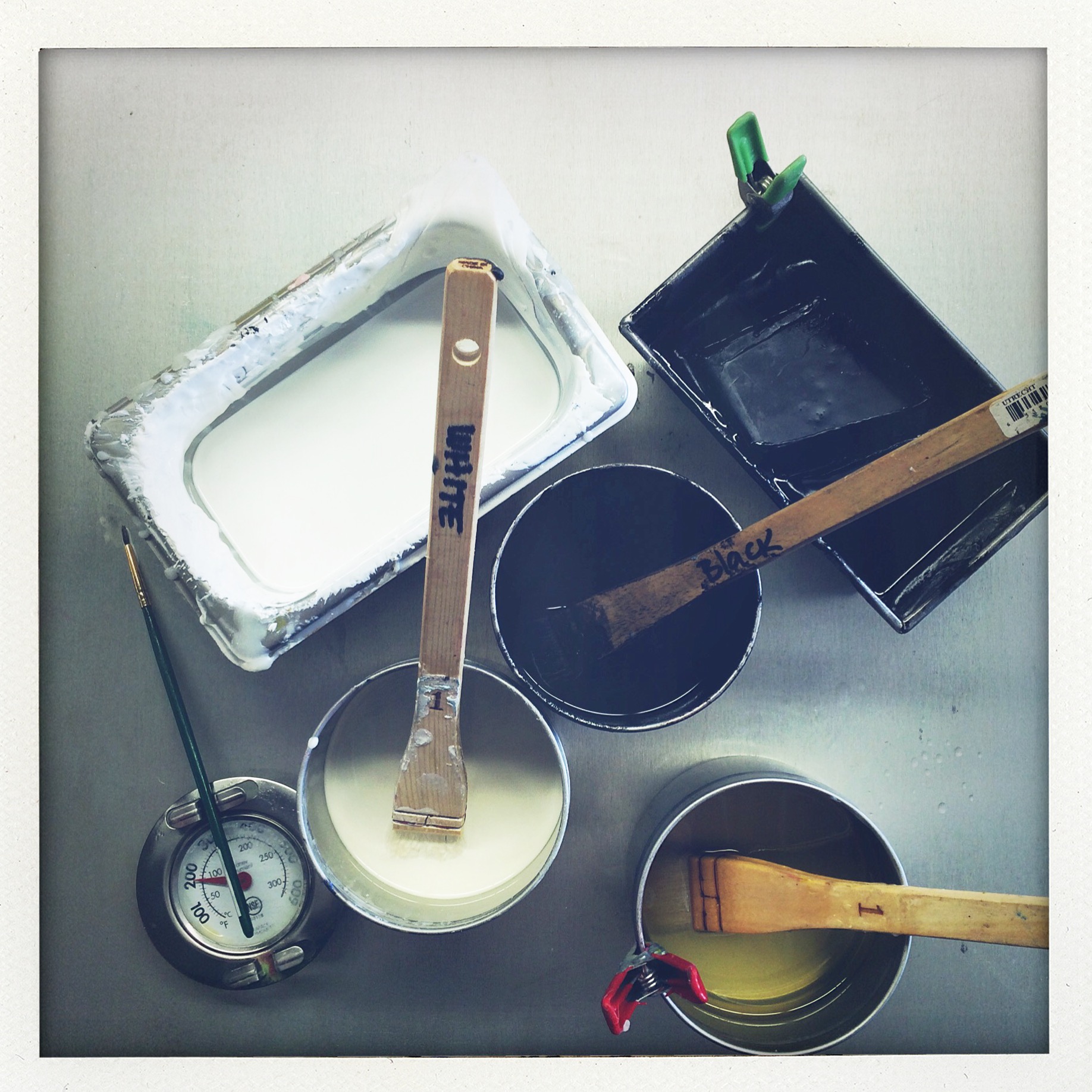