As 2015 came to a close, I decided that I needed to shake up my studio practice. Things had started feeling stagnant. I had a few ideas for how to do this… trying a new medium, starting a new project, maybe finding a bigger studio. I decided the easiest and most immediate thing would be to diversify my practice by working in a new medium, on paper. I spent a few weeks sorting things in my garage, and clearing a space to serve as my “paper studio”. I found a set of flat files to store paper and finished works, and started gathering materials.

I started experimenting in a sketchbook, tentatively playing with new materials– guache, acrylic, watercolor, inks. I was still having trouble getting started though. This was not new territory, this resistance to starting a new body of work. Breaking into new work is difficult for me, and I usually need a little self-induced push. I decided that what I needed was a residency. I really felt that I needed the kind of dedicated time that a residency affords, and I had applied to two local residencies in 2015 but they are highly competitive and I didn’t get a spot in either one. So I decided to set one up for myself. At home. ‘Cause that’s how I roll. 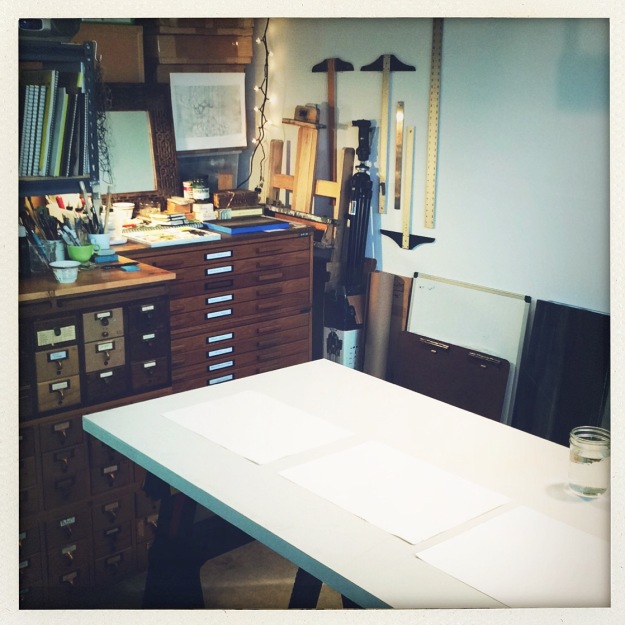 I marked two weeks in January as my time, and thought about my daily life and the things that distract me or take up time. I made sure that I did not schedule anything else during those two weeks. I planned some easy meals and did the shopping ahead of time and put some food in the freezer. I did errands or decided they could wait. I cleaned the house ahead of time, and made a deal with myself that I would just let it be dirty during the week. Usually, I’m one of those people that has to have everything in order before she works so this was a big one for me! This is something I’m continuing to work on… my most damaging procrastination habits tend to be getting things clean or done before I allow myself to work. So it was good practice. 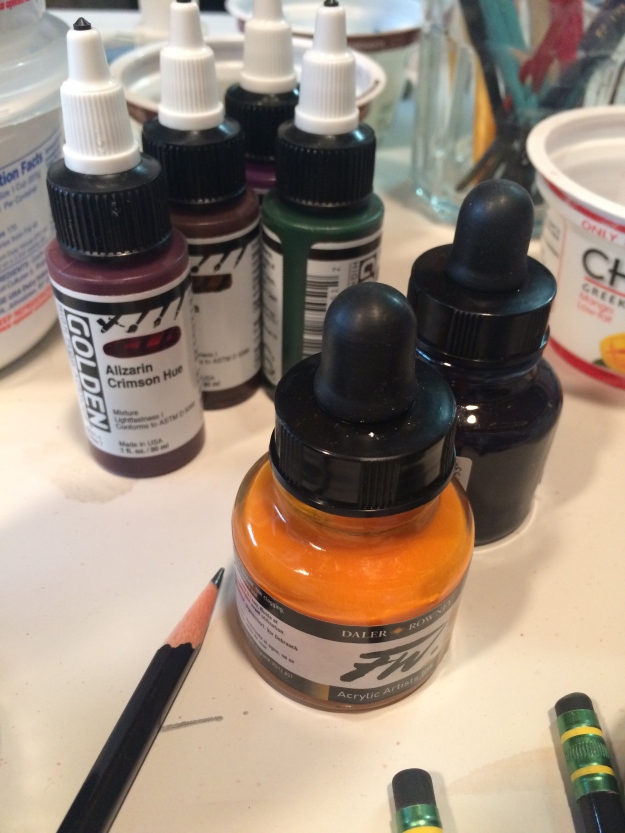 Then, for two weeks, I worked. I worked all day, and tried to exercise discipline by not indulging in distractions. This is the hardest thing about trying to do a self-initiated “residency”. Usually, with a residency, you have a work space far from the usual distractions, and that is part of the appeal and what makes it so effective. So re-creating those conditions at home was challenging, but mostly achievable. I can’t say it was perfect, but I got so much work done! I let myself just focus on process, and told myself that if I came to the end of two weeks without a single finished piece, that was okay. There were times when I just wanted to stop and there were times when I was so caught up in the work that I lost track of time. I had a few moments when I wasn’t so sure about this plan!

But by the second week, things started coming together. I didn’t have a finished piece by the end of my two weeks, but I had a direction. And momentum. And enthusiasm. I was excited about the new work. 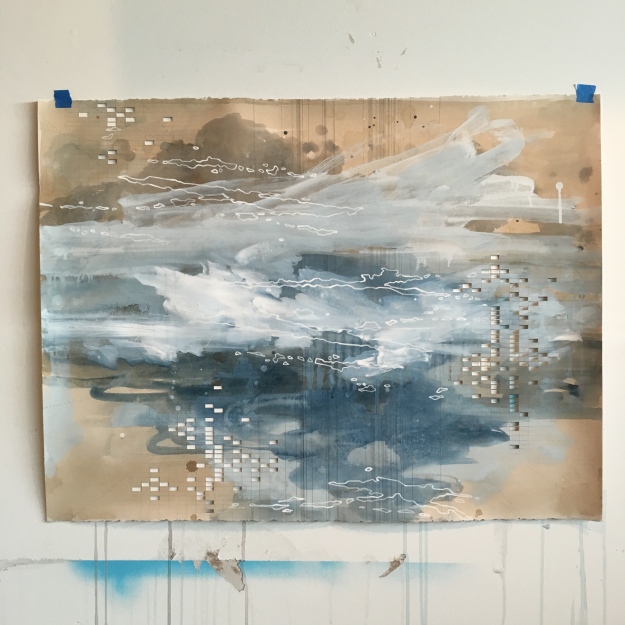 The painting/drawing above was the first piece I finished. I now have about five of these finished, and others started. Jump-starting this new work with a D.I.Y. residency was really effective, and I already have plans to do it again soon. It’s amazing to me what can be accomplished with some dedicated time and space.

What about you? What is your favorite way to start a new project? How do you overcome the inertia of beginning?

Thanks for reading,
~Lisa

There was an error retrieving images from Instagram. An attempt will be remade in a few minutes.